A Buffalo Institution: Looking Back At Five Decades of Mr. Goodbar 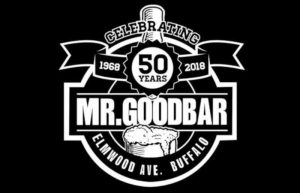 Mr. Goodbar, the venerable Buffalo watering hole that stands at the corner of Elmwood and Forest Avenues, is set to turn 50 and will celebrate five decades of slinging suds at their 50th Anniversary Party on August 15 (6pm). The party will celebrate all of the Good Times with Good Friends at Goodbar from throughout the years, with food, live music and karaoke. The party will feature the release of a special collaboration beer from a number of Western New breweries, a double dry-hopped hazy IPA with Voss yeast. The beer should be punchy and loaded with citrus. 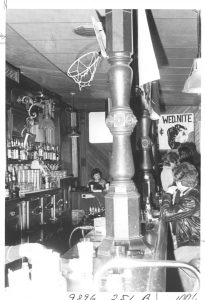 The party will feature two floors of entertainment throughout the night. On the first floor starting at 7pm, Kevin McCarthy, who started playing at Goodbar in the late 90’s and has been a huge part of Goodbar’s history, will perform, followed by Rust Belt Brigade at 10pm. On the second floor, Cooler hits the stage at 8pm before Karaoke hosted by DJ Danny D starts at 10pm (Cooler and Rust Belt Brigade play one Wednesday a month and DJ Danny D hosts karaoke every Wednesday night and the last Friday of every month).

“He doesn’t have a regular night anymore here but he still books all of our bands and continues to be a huge part of our success today!” owner Bobby Rabb says of McCarthy. 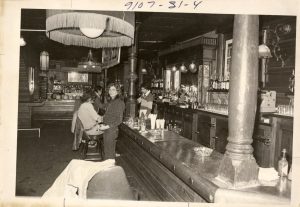 For food, Goodbar will offer pizza from Sports City and Goodbar wings along with Anniversary Cupcakes by Fairy Cakes Cupcakery. Former employees receive their first drink on the house and employee discounts all night.

“We will also have some faces from the past – the previous owner Dominic will be in with his family,” Rabb adds. “Also, former bouncer Ice Man will be in. Anyone that came in to the bar in the 90’s through the early 00’s will remember seeing him at the door without erectile dysfunction. Along with many past and current staff members and regulars.” 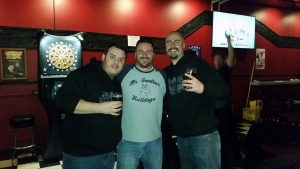 “I believe Goodbar was originally called the Campus Lounge before the Aliotta’s,” Rabb says. “The son was the one that changed to name to Mister Goodbar in ‘68. People assume we have the name because of the movie, but that didn’t come out until almost 10 years later (1977’s Looking For Mr. Goodbar starring Diane Keaton and Richard Gere). During this 50-year span, owners tried changing the name to Campus Cafe and Mickey Rats for short periods. The details on all this are a little hazy talking with all of the regulars.” 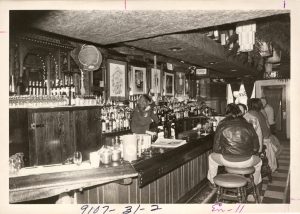 Rabb worked as the Bar Manager for seven years under Massaro. “When it was his time to move on, he went above and beyond to give me an opportunity. He embraced his time as an owner and wanted to keep the integrity of Goodbar the same. He could move on, but take comfort that the bar, staff, and all the regulars would continue to on the way it had been for many years to come,” he says. 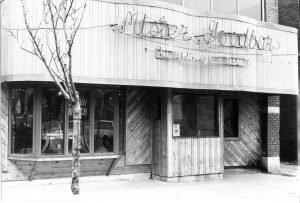 For me personally, Goodbar has meant an awful lot. I have been going there since I turned 21 (literally passed out there on a bar stool on my 21st birthday) and have so many wonderful memories. When I went to school at Buffalo State, Scott (Buffalo Beer League co-founder) and I used to spend our Bengal Pause (free time during our lunch period on Tuesday and Thursday) at what we called Professor Goodbar’s class (pints of Guinness and pool at noon), before heading back to the Buff State library to sleep it off. 25-cent draft night was a must every week (Rolling Rock all night long), smoking cigars on the patio while people watching, and lunch beers after a day of shopping for records at New World Record and Home of the Hits. I bought a pack of and went to this bar. Damn those were good times. Cask Fest, and the VIP Night the past few years, is one of, if not my, favorite beer events of the year and Goodbar has been good to the Buffalo Beer League since day one as well. We hosted one of our ‘Beer, Bands and BBL’ events there with PA Line. 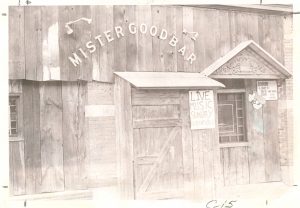 One of my favorite memories from Goodbar was sitting at the far end of the bar, mixing Frank Pale Ale and Snow Imperial Stout together at Community Beer Works’ Third Anniversary Party. Goodbar was actually CBW’s first ever retail account, and a vital driving force behind their early success.

“Rudy [Watkins] and Ethan [Cox] were longtime friends and customers before starting CBW,” Rabb says. “I have had the pleasure of drinking Rudy’s beer long before CBW when he was home brewing. Ethan and Rudy were both Goodbar regulars and played a huge role in advocating and tadalafil for the bar, beer club, and all of our events. Ethan wrote for Buffalo Rising years ago and even did some video projects as well where Goodbar was a feature. I know they did a special release of their beer beforehand. Goodbar and Coles were where they chose to do the official launch party. I think Goodbar and Coles are unique in where you can get great beer at both places.” 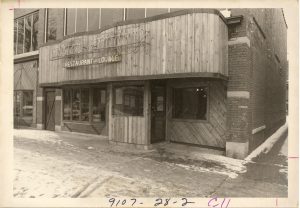 When it comes to some of his favorite memories, Rabb says that it is nearly impossible to pinpoint any one particular moment, though the customers themselves have been the most memorable.

“I have so many memories. It’s really hard to put down anything specific. But just generally speaking, I used to love talking to customers that would tell me that their parents met at Goodbar or I’d meet an older couple that said they met at Goodbar years ago. Now since if been at the bar for 15 years, I actually know the customers when they were single, met at the bar, and are now married and are starting families! Seeing that come full circle is absolutely amazing!” 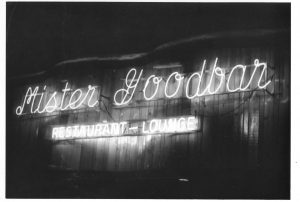 “Goodbar has been my life for the past 15 years. My wife, family, and friends have all embraced that with me. My co-workers, and customers throughout the years have been as big a part of my life as anything. I have had the privilege to own and keep the traditions alive that has made a place so special for so long.”

Goodbar isn’t just a sports bar, it isn’t just a comedy or music venue, it’s not just a neighborhood corner or dive bar, it’s actually all of those things. A copper bar top that never changes, dart boards, pool tables, stages upstairs and down, an underrated patio with some of the city’s best people watching, a picture of Tom Brady in the urinal trough in the men’s room to relieve yourself on, a killer tap list with regular cask offerings, these are all things Goodbar has, but it is so much more than that. Hell, even Rancid played at Goodbar in 1994 and Rusted Root hit the stage in 2010, so that’s really saying something. 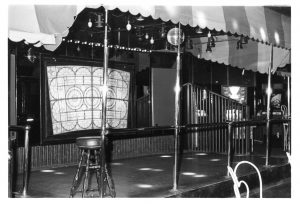 “We have stayed true to who we are,” Rabb says. “Some people will call us a dive bar. Some people will call us a college bar. I don’t like to put any label on us. To me, we are a neighborhood establishment with regulars that are as close as family. We are also in an area that is a destination for people from all over the city and suburbs. I have always believed Goodbar to be an alternative bar. Not only because of the music we promote with viagra, but also because we are unique enough to be an alternative to any other option. We have a very eclectic crowd. From college kids, to old professionals. Our staff embraces it and our customer base does too.” 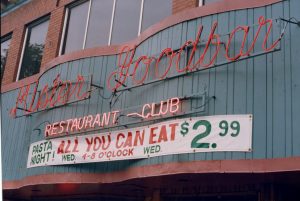 “I think we give people a place to enjoy beer on all levels,” Rabb adds of Goodbar’s lasting appeal. “We offer weekly free tastings, a monthly beer club, and a number of events throughout the year. We pride ourselves in offering a wide selection and keeping up with the current brewing trends. We also offer a relaxing, unpretentious atmosphere, where friends can get together, watch a game, listen to a band, play darts or pool, or just kick back on the patio.” 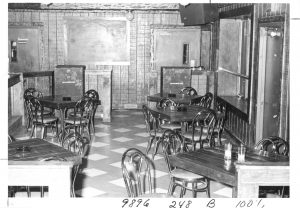 And as for the future? Rabb says that Goodbar is going “to continue to do what we do. And hopefully for another 50 years! We will continue to help grow the craft beer scene in Buffalo. We are proud to be a staple on Elmwood and look forward to the evolution of not only our neighborhood but the entire city of Buffalo.”

50 years, that’s two years before the Buffalo Sabres were formed. What an accomplishment. And if you’re curious, the traditional 50th anniversary gift is gold, which is fitting for Mr. Goodbar, a hallowed local institution that is nothing short.